The Business of Writing: The Basics of DIY Book Covers by @Liza0Connor

Today on The Maze I am proud to introduce the first of a three-part series on DIY book covers by my virtual and prolific author-friend Liza O'Connor.

When I was asked to write a blog on DIY Covers, I wondered what on earth I’d write about. I am not a design artist. I’m just an impoverished author who loves to write and knows a fabulous cover is needed to get a reader’s attention.

I initially published through publishing firms, and honestly, I never ‘loved’ any cover I got.

When I first went indie I hired someone to make my covers. But upon discovering how fast I could publish books when I was in control, I realized I couldn’t afford to lay out a $100-$150 for each cover. So I decided to buy stock pics on the cheap, learn Photoshop, and make my own.

Adobe Photoshop is not self-intuitive nor easy to learn and has a serious issue they refuse to fix presently. If I were to choose now, I’d probably check out the free and cheaper apps to see if they would work for me first. But I’ve already invested the time to learn photoshop, so for the present that’s what I use.

I recommend you shop around for your stock photos as well, and buy from whichever service is the cheapest and has pics that you could use. When on sale, in prior years I’ve been able to buy all my photos for the year for less than 50 cents a pic. If you are only doing a couple of books, and you’ve found the perfect pics then you might chose to buy them full price, but check the various sites first. It’s possible the model has sold even better or similar pics to other sites who are having sales or just offers them for less.

[NOTE: A great list of stock photography (& video) sites may be found on this blog post about DIY book trailers ~ kih.] 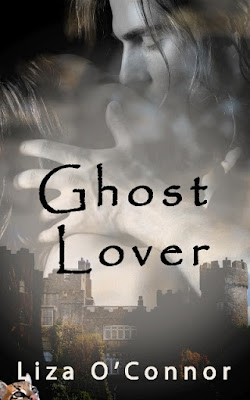 Ghost Lover was my first attempt to create a book cover, and it came together with ease.

Once I got the cover created, I put it up on my Facebook site and asked for opinions. Then, I tweaked a few things based on their comments and called it done.

Now convinced making covers was easy, I moved to the next book and discovered some covers defy you every step of the way.

Here’s some basic advice on covers (and please note, I don’t always obey this advice, because all rules need to be broken on occasion). In fact, every gorgeous cover I’ve coveted has broken several rules. Check them out at my Pinterest site: Fabulous Covers.


Unless you normally pick out your covers first and THEN write your story, the blog’s advice is only useful when you have happened to write a story that would genuinely require such a cover. If you put a beach umbrella on war story, you are probably going to have some gravely disappointed readers. So my advice is to create the cover that a) truly represents your book and b) is enticing to look at.

Thus ends the first of three blogs on Do It Yourself book covers.

Liza O’Connor writes in several genres including Late Victorian, Regency, Contemporary Romance, Humorous Disaster Romance (which should be a genre), Sci-Fi and Sci-Fi Romance. Liza currently has eighteen novels, fifteen of which have covers designed by her.

Her first cover she made was Ghost Lover, a humorous contemporary with two brothers, an ancestral ghost, and a ghost cat all in love with the same American woman. How many ways can that go wrong? Even more than you’d think.

Please take time to find the cat on the cover. Liza loves the ghost cat. His name is Mr. Finch.


Next week on The Maze:
Liza unveils the Dreaded Font Rules for DIY book covers!