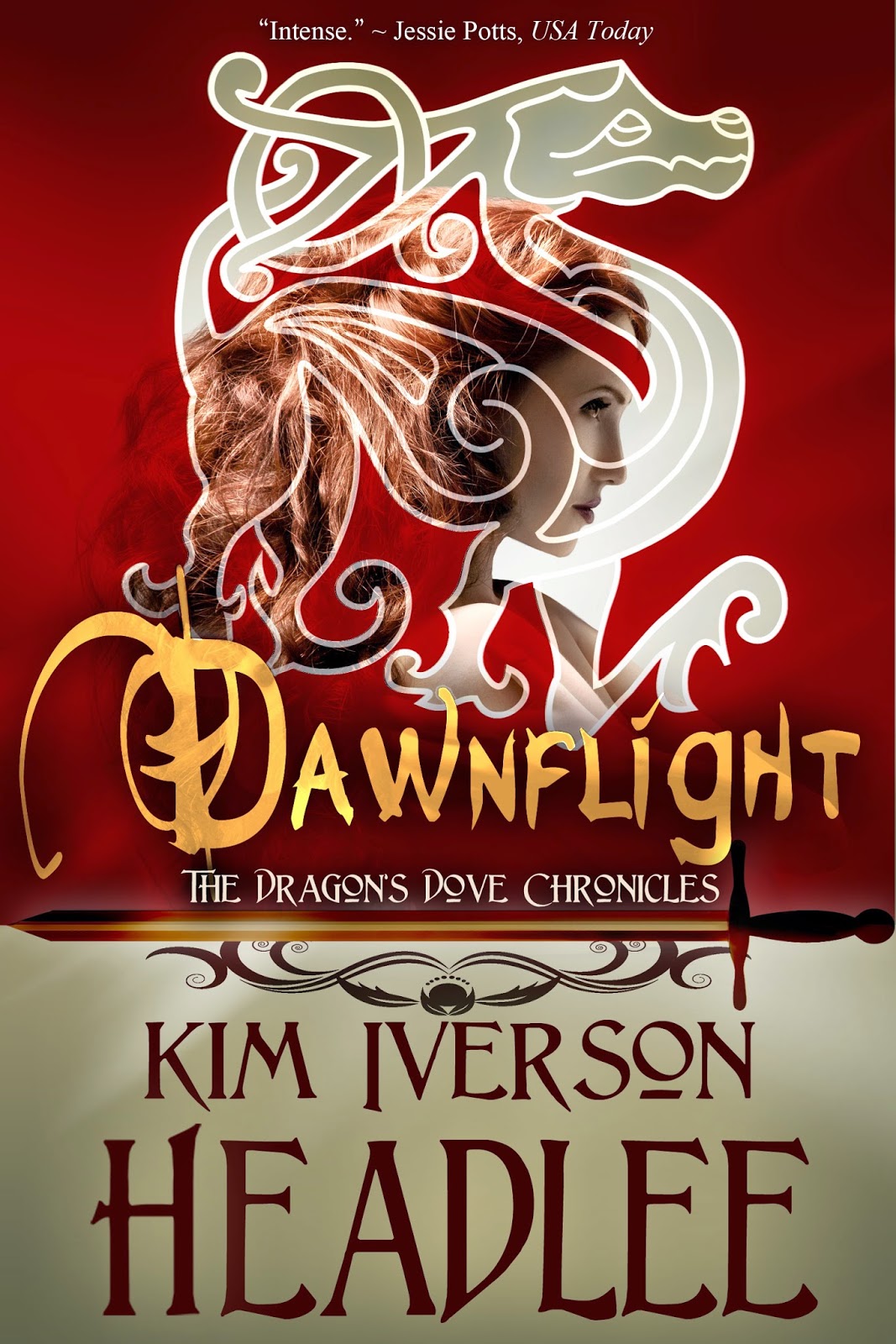 Gyan is a Caledonian chieftainess by birth, a warrior and leader of warriors by training, and she is betrothed to Urien, a son of her clan’s deadliest enemy, by right of Arthur the Pendragon’s conquest of her people. For the sake of peace, Gyan is willing to sacrifice everything...perhaps even her very life, if her foreboding about Urien proves true.

Roman by his father, Brytoni by his mother, and denied hereditary rulership of his mother's clan because of his mixed blood, Arthur has followed his father's path to become Dux Britanniarum, the Pendragon: supreme commander of the northern Brytoni army. The Caledonians, Scots, Saxons, and Angles keep him too busy to dwell upon his loneliness...most of the time.

When Gyan and Arthur meet, each recognize within the other their soul’s mate. The treaty has preserved Gyan’s ancient right to marry any man, providing he is a Brytoni nobleman—but Arthur does not qualify. And the ambitious Urien, Arthur’s greatest political rival, shall not be so easily denied. If Gyan and Arthur cannot prevent Urien from plunging the Caledonians and Brytons back into war, their love will be doomed to remain unfulfilled forever.

But there is an even greater threat looming. The Laird of the Scots wants their land and will kill all who stand in his way. Gyan, Arthur, and Urien must unite to defeat this merciless enemy who threatens everyone they hold dear.

They circled for what felt like half an eon. He appeared to be inviting her to attack first. She noticed him favoring his left leg a wee bit, as though troubled by an old wound. Bearing full weight seemed to be a problem reflected not only in his gait but occasionally in his eyes too. A clever warrior might feign such a weakness to trick his opponent into doing something foolish.

There was only one way to find out.

She lunged toward that side. He parried the blow with ease and answered with a counterattack so forceful, it was all she could do to block the bone-jarring blows. Injury or no, the Pendragon knew his craft. And she was half dismayed yet half pleased to recognize that, unlike in her matches with Urien, Arthur was holding nothing back. As the ache in her arms and shoulders mounted, she knew she had to devise some other tactic, or this would become the shortest bout on record.

After parrying one of his lighter blows, she spun away to disengage, catch her breath, and collect her thoughts. Sword cocked, she resumed circling him, relieved that he didn’t seem anxious to reengage. Briefly, she noticed a crowd forming along the rail; soldiers, mostly, gesturing and shouting words she couldn’t understand, nor did she wish to. She blotted them out to open all her senses to her opponent, even down to the huskiness of his breathing and the tangy odor of his sweat, trying to think of anything that might work to tip the balance in her favor.

An image flashed to mind of a bout with her father, fought on the eve of Urien’s arrival at Arbroch. Inspired by the outcome of that fight, she swiftly formed a plan. It carried high risk and no guarantee of success. She never would have attempted such a move in combat. Here, the only danger if she lost would be to her pride. But if she won…she bit her lower lip to keep her face from betraying her intent.

She let Arthur initiate the attack. While advancing to meet the blow, she stumbled, fell, and rolled to her stomach. As expected, he quickly moved in to claim the victory. The crowd cheered. But before she could feel the prickle of his sword on her neck, she twisted aside and hooked his legs with hers. Luck favored her; with a startled yelp, and equally startled noises from their audience, he went down. She scrambled to her feet and pinned him under the point of her sword. Amid the overall roar of disappointment, she could pick out phrases like “Trickery!” and “Not fair!” But the taunts didn’t bother her; victory had never tasted sweeter! Her only regret was that Ogryvan and Per and the rest of her clan couldn’t savor it with her.

Studying Arthur for a reaction, her grin soured. For several seconds, he stared at the sky as though stunned; whether physically or mentally, she couldn’t tell. Her concern rose as she wondered if she had injured him. Finally, he shook his head and attempted to sit up, but her sword barred his way.

“I concede the match, Chieftainess.” He released his sword and waved his open hand. “I won’t try anything unique. You have my word. Thank God my enemies aren’t half as devious as you are.” His grin could have stopped the sun in its course…and it was having an arresting effect on Gyan’s heart as well. “But I wouldn’t advise using that move in battle. Much too risky.”

“Oh. Yes, I—I know.” Chiding herself for how silly she must sound, she sheathed her sword and thrust out her hand. He tugged off his gloves and accepted her unspoken offer, gripped her forearm, and hauled himself up.

Pain stabbing her arm forced a strangled gasp from her throat. He shifted his grip to her hand and gently turned her arm to expose the underside. A long cut lay perilously close to one of the veins, seeping blood. He traced the vein lightly with a fingertip.

“When did I do this?” His voice was a hoarse whisper.

Staring at the cut, she wondered the same thing. Probably during their initial clash, though she really had no idea. She shrugged. Even that motion made her wince.

“Chieftainess, I didn’t mean to—” A stricken look shattered his bearing. He squeezed her hand. “God in heaven, Gyanhumara, I am so sorry.”

She wanted to reassure him that she’d be all right; the wound looked clean and wasn’t much deeper than a scratch. In fact, it was the least of her concerns. Enchanted by the sound of her name on his lips and mesmerized by his gaze, she felt the world seem to collapse to just the two of them. His face hovered over hers, his lips a handspan away. The warmth of his nearness had an intoxicating effect. She was acutely conscious of the tugging of her heart, as though it was trying to pull her closer to him. It wasn’t an unwelcome idea. 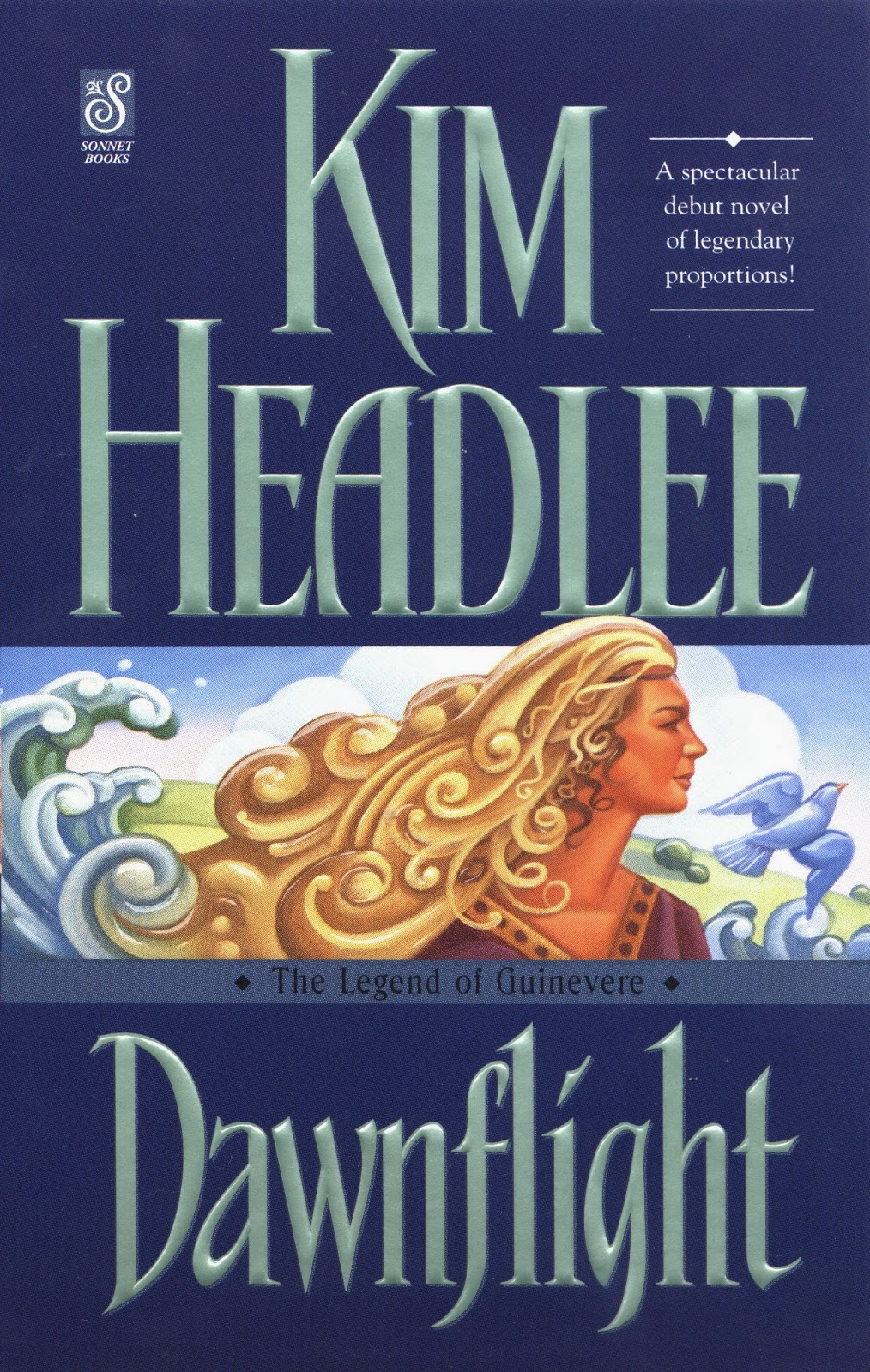