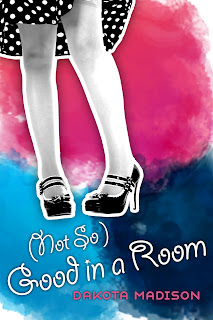 (NOT SO) GOOD IN A ROOM, a romantic comedy novella by USA TODAY BESTSELLING AUTHOR Dakota Madison, is a modern reimagining of Cyrano de Bergerac.

Awkward screenwriter Nellie Berg is great with words, as long as she can write them down. She’s written over thirty action scripts, but has been unable to sell a single one to Hollywood. Instead of working the room, every time Nellie tries to pitch her scripts to producers she becomes overcome with anxiety and completely blanks out.

When Nellie meets another aspiring screenwriter, Roscoe Rhodes, at Pitchfestapalooza they form an unlikely friendship. Roscoe is everything Nellie is not: outgoing, witty, charming…and good in a room. Roscoe suggests that Nellie hire his cousin, Chris, an unemployed actor to pitch her scripts to producers.

Things get complicated when Nellie falls for Chris and she seeks Roscoe’s help to seal the deal. Roscoe realizes he actually has feelings for Nellie. And Hollywood falls in love with the hot the new pretend screenwriter, who has never even read an entire script let alone written one.

When I finally make it out of the ballroom and into the hotel lobby I do my best to compose myself, but to no avail. I’m definitely going to throw up.

I hurry into the ladies room and just make it to the toilet before I begin to dry heave. My stomach was so twisted with nerves I couldn’t eat anything all day so there’s nothing of any significance to come up.

Tears begin to stream down my face and within moments I’m a sobbing heap of hopelessness on the bathroom floor. I allow myself to release all of the tension I’ve been holding in and wail for several minutes. When I finally feel like I’ve cried the well dry I take in what I hope will be a deep, calming breath.

Will I ever be able to pitch without experiencing complete and utter terror? How will I ever make it in the business if I can’t?

You have to pull yourself together, Nellie.

A knock on the stall I’m occupying startles me.

Then I hear a female voice say, “Is everything okay in there?”

“Fuck off.” The harsh words pop out of my mouth before I have a chance to stop them. I don’t mean to be rude, but it seems to happen a lot.

I hear the sound of footsteps as whoever I just swore at scurries out of the bathroom.

As I pull myself up from the floor I hike up the white tights that have gathered at my knees. I do my best to smooth out the wrinkles in the black and white polka dot dress I’m wearing.

I slowly step out of the stall and glance around the bathroom just to make sure it’s empty.

I would glance at myself in the mirror, but I know it would just make me feel worse than I already do. Not only would I be a failure, I’d be a hideous looking one as well. I’d like to at least be able to function under the illusion that I’m not completely repulsive looking.

Unfortunately my body isn’t quick enough for my brain. I catch a glance at my reflection in the mirror as I pass by. It’s even worse than I imagined it would be. Calling me frightening looking would be a compliment.

I give my reflection the middle finger as I walk out of the bathroom.

I must still be in a post-anxiety-attack fog because I don’t even see the young producer I attempted to pitch to until I plow right into him.

“I’m so sorry.” I’m surprised when coherent words actually come out of my mouth this time.

“No,” I sputter as I hurry away before I embarrass myself even further.

I scan the large lobby. It’s packed with lines of screenwriters waiting to pitch to producers. There’s one dark corner on the opposite side of the crowded area that looks like a safe zone where I can hide and catch my breath.

I close my eyes for a moment and rub my temples. I’m probably ten minutes away from a major headache on top of everything else.

When I open my eyes I see a very tall guy headed in my direction. Of course I’m only five feet tall, so nearly everyone on the planet over the age of ten is taller than me, but this guy is like a giant. His hair and eyes are as dark as mine, but his are on a much more attractive package.

For some reason the guy is waving a pack of gum at me.

In a room filled with hundreds of people why on Earth has he singled me out? And why would he think I want gum?

He waits for several moments and stares at me. When I don’t reply he says, “No gum I guess.”

“Find your own corner,” I hiss.

I wait for him to leave, but he doesn’t budge. He continues to stare at me, like he’s examining a specimen.

I shoot daggers at him hoping he’ll take the hint.

When he takes off into the sea of emerging screenwriters I breathe a small sigh of relief.

That’s what we are. Wannabes. Every person here is scrounging for that one break that will finally get him or her into the business.

I can’t waste my one shot at finally making my dream come true.

I remove my one-sheet from my handbag and stare at it. I’ve gone over my logline and story synopsis thousands of times. I’ve got every word on the page memorized. I have no idea why I can’t just say the words when I actually sit down to pitch.

I have to do this. I have to at least try again. I’d never be able to live with myself if I gave up so easily.

I shove my one-sheet back into my handbag as I make my way over to one of the lines of writers waiting for the opportunity to meet with an action film producer.

Pitchfestapalooza is run like a well-oiled machine. I have to give credit where credit is due. Screenwriters line up to meet with producers by genre and lines keep moving at a fairly brisk pace. It’s set up a little like speed dating, but we’re pitching producers for deals, not trying to score with the opposite sex.

Luckily the line I’ve selected isn’t that long. It’s about half as long as the lines for the screenwriters pitching horror scripts or comedy projects. I’m not surprised that I’m the only female in line. It’s pretty well known that there’s sexism in the film industry, but it seems to be even worse when it comes to action movies.

But I love the genre, and even though I have a vagina, I can’t see myself writing anything else.
I don’t realize until he turns around that I’m standing right behind the tall guy who offered me the gum.

He flashes me a charismatic smile. The type of grin you might see on a used car salesman or politician.

Why do I get the feeling this guy could sell dirt to a farmer?

“So what do you have against gum?” he asks.

“Then let’s remedy that situation right now.” He extends a hand for me to shake. “I’m Roscoe Rhodes.”

I’m sure he’s wondering why I’m not returning the gesture. I don’t like touching people I don’t know. It’s one of my numerous obsessions.

He waits for a long moment. When it’s obvious I’m not going to shake his hand he says, “You know, Dorothy, you’re not in Kansas anymore.”

“My name’s not Dorothy.”

“At least I got you to say something.”

“I didn’t. You’re dressed like Dorothy Gale. What’s up with that outfit?”

I look down at my black patent leather shoes, white tights, black and white polka dot skirt. Then I glance around me. Everyone else is wearing dress jeans and button-down shirts with their sleeves rolled up to their elbows. Somehow I must have missed the screenwriters’ attire memo.
So in addition to being a bundle of nerves I look completely and totally out of place. Isn’t that just great for my self-esteem?

“You know this producer only makes action films,” Roscoe says.

He points to another line directly across the lobby from us. “The line for romantic comedy is over there.”

“Wouldn’t you feel more comfortable over there?”

“You mean somewhere where there isn’t a misogynistic jerk standing in front of me?”

He crosses his arms over his chest. “You’ve written a script for an action movie?”

As I shake my head defiantly I wonder why I’m even talking to this asshole.

“Then what are you doing in this line?” His condescending tone is really starting to piss me off.

“I’ve written scripts for thirty action movies.” Choke on that you prick.

“You don’t strike me as the type who would be interested in writing action scripts.”

“And why is that? Because I’m female? Have you bought into the sexist notion that women can’t write action scripts?”

I cross my arms over my chest and stare at him. As much as I’d like him to crawl into a hole somewhere he stares right back at me.

“Maybe it’s the pink polka dot purse you’re holding. That just screams action film. Or the outfit you’re wearing. If Shirley Temple and Dorothy Gale had a love child she would dress like you. Except you look more like a Munchkin with your little round face and tiny body.”

I can feel my face heat with embarrassment. This guy just says whatever he thinks, doesn’t he. “You know that’s really insulting.”

“Whatever you say, Munch. You look like one of the dolls from the cabbage patch. I just want to put you on a shelf.”

“I consider that a micro-aggression.”

“Boo-hoo. What are you going to do? Call the PC police because I hurt your feelings?”

This guy is definitely no prince. “I guess everyone is wrong.” 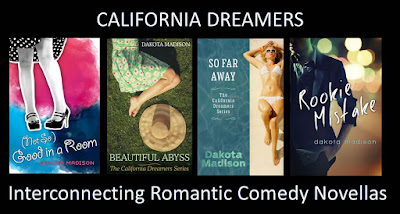 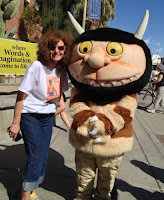 USA TODAY Bestselling author Dakota Madison is known for writing romance with a little spice and lots of heart. She likes to explore current social issues in her work. Dakota is a winner of the prestigious RONE Award for Excellence in the Indie and Small Publishing Industry. When she's not at her computer creating spicy stories Dakota likes to spend time with her husband and their bloodhounds at their home outside Phoenix, Arizona. Dakota also writes under the pen names SAVANNAH YOUNG, SIERRA AVALON and REN MONTERREY.