Morgan le Fay, sixth-century Queen of Gore and the only major character not killed off by Mark Twain in A Connecticut Yankee in King Arthur’s Court, vows revenge upon the Yankee Hank Morgan. She casts a spell to take her to 1879 Connecticut so she may waylay Sir Boss before he can travel back in time to destroy her world. But the spell misses by 300 miles and 200 years, landing her in the Washington, D.C., of 2079, replete with flying limousines, hovering office buildings, virtual-reality television, and sundry other technological marvels.

Whatever is a time-displaced queen of magic and minions to do? Why, rebuild her kingdom, of course—two kingdoms, in fact: as Campaign Boss for the reelection of American President Malory Beckham Hinton, and as owner of the London Knights world-champion baseball franchise.

Written as though by the old master himself, King Arthur’s Sister in Washington’s Court by Mark Twain as channeled by Kim Iverson Headlee offers laughs, love, and a candid look at American society, popular culture, politics, baseball... and the human heart. 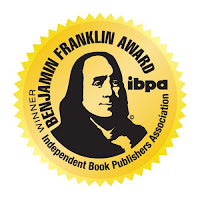 The wench’s smile looked indulgent, if a bit saddened. “Queen Morgan, may I offer an observation?”

“Pray, proceed, Darla, as I seem to have paid for it.”

“This is about a man—the dishy one you’re always coming in here with.”

“Brilliant. Yes, the dishy one. Dishy, and treacherous.” I took a long pull of bitters.

“Lor’ love ye, madame; but all men are treacherous! If you’re lucky, that’s all he is.”

I reflected, through another draught, upon this spot of rough wisdom. Of all the men I had ever known, biblically or not, in this century or any other, the only man I could not label as “treacherous” was Sir Galahad, and we all know what happened to him. For the couple of you who might not be privy to the story: in brief, Sir Galahad drank from the Holy Grail and fell down dead, reportedly because his soul was so pure that Our Lord God bustled him straightaway to heaven. The fact that Sir Galahad had always acted so damned self-righteous that his Grail-hunting companions had wearied of his holier-than-thou ways probably had nothing whatever to do with his demise. I said:

“I have treachery aplenty in my life, Darla.” Free agents, not-free agents, other players, managers, coaches… the list seemed endless. “I do not need more from Sandy Carter.”

“But you do need his love.”

She was not listening, but had looked toward the line of tall windows fronting the street, across which arched the words “nnI dleiftuO” and, in a revolving pattern of white, blue, and red tube-lights, “NEPO.” I would have taken umbrage at the offense—the server’s, not the fact that the words in the windows appeared backward to my vantage—but I had imbibed too much beer to care.

Darla said, “You need his love… and he needs yours. Look.”

What reviewers are saying this week about KASIWC:

5* "What Kim Headlee has done here is just amazing. The story begins with Mark Twain talking from beyond his grave. He wants a sequel to A Connecticut Yankee in King Arthur’s Court and he’s chosen Kim to deliver it. And man does she!" ~ Liza O'Connor

5* "You’re hooked from the first word to the last!" ~ Cloe Marrie

4* "Awesome." ~ Panda-chan of Books and some more books

Kim Headlee lives on a farm in southwestern Virginia with her family, cats, goats, Great Pyrenees goat guards, and assorted wildlife. People and creatures come and go, but the cave and the 250-year-old house ruins—the latter having been occupied as recently as the mid-twentieth century—seem to be sticking around for a while yet. She has been an award-winning novelist since 1999 (Dawnflight first edition, Sonnet Books, Simon & Schuster) and has been studying the Arthurian Legends for nigh on half a century.