Hm. The way I've been creating these excerpt posts, I wait until a character first appears before preparing their blog graphic.

Not that it's a bad thing, mind; this is just the first I've noticed it in the mumbledy-some years that I've been working on Raging Sea.

Fans of my work will recognize Morghe's glyph from the cover of Morning's Journey. It is a vector drawing I made from a photograph of the Brough of Birsay stone found in Orkney, Scotland, one of more than three dozen ancient Pictish (or Pictish-inspired) designs that I have either adapted or created outright for use in The Dragon's Dove Chronicles.

Although Morghe herself is most certainly not Pictish, this design spoke her name to me with its embedded M, its asymmetrical alignment, and its regal, warlike embellishments.

And in today's excerpt, you get a glimpse of Morghe's regal—and secretly warlike—character as she reacts to the surprise appearance of former-enemies-cum-wedding-guests.

The litter resumed its lurching, swaying gait. Morghe closed the curtains and settled back against the cushions. As entertaining as the meeting of Arthur and Gyanhumara with Urien was expected to be, she would have liked to have seen her brother and sister-by-marriage bloodied by those Scots, even though Fergus and others of his ilk had terrified her half out of her wits last year.

But Gyanhumara had made a valid observation: why were they here?

Morghe resolved to find out. As Urien’s wife, she deserved to know what was transpiring inside Clan Moray’s borders. And if Urien didn’t agree, she had a plan for changing that too. 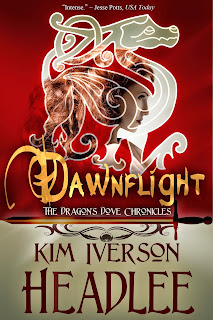