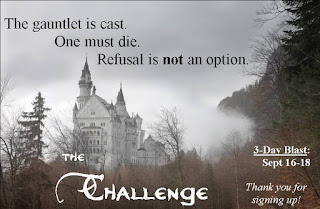 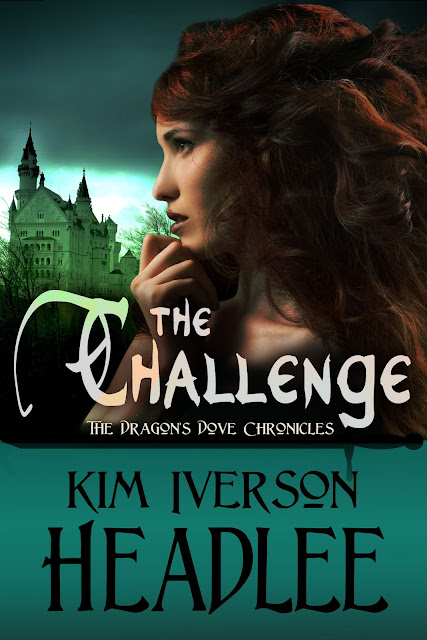 Arthur the High King of Breatein has fallen captive of a longtime enemy, the Saxon warrior-princess Camilla, who lusts to avenge the death of her betrothed at Gyan’s hands and will stop at nothing, even the black arts, to achieve her goal. Because Gyan and Arthur have grown estranged, she fears that Arthur may side with Camilla to make her his new queen.

To meet Camilla’s challenge, Gyan must face all her demons—public as well as private.

AS GYAN PACED the riverbank, she glared at Caer Alclyd’s soaring granite walls as though by sheer force of will she could force out its occupants to fight on her terms, army to army. Her husband, Arthur the High King, was a prisoner of their longtime enemy, the Sasunach warrior-princess Camilla. A decade ago Gyan had killed Camilla’s betrothed in battle, and Camilla had sworn revenge.

The One God alone knew what form that revenge would take. With a shudder Gyan recalled the rumor she had heard about Camilla, that she had enlisted demonic aid…

Gyan banished those thoughts, and their attendant fears, by pondering the irony that Camilla had tried to strike at her through Arthur. It might have worked, once. The passion that had colored the early years of their marriage was still celebrated in song throughout Breatein and Caledon.

These days, she wasn’t singing.

Kim Headlee lives on a farm in southwestern Virginia with her family, cats, goats, Great Pyrenees goat guards, and assorted wildlife. People and creatures come and go, but the cave and the 250-year-old house ruins—the latter having been occupied as recently as the mid-twentieth century—seem to be sticking around for a while yet.

Kim is a Seattle native and a direct descendent of twentieth-century Russian nobility. Her grandmother was a childhood friend of the doomed Grand Duchess Anastasia, and the romantic yet tragic story of how Lydia escaped Communist Russia with the aid of her American husband will most certainly one day fuel one of Kim’s novels. Another novel in the queue will involve her husband’s ancestor, the seventh-century proto-Viking king of the Swedish colony in Russia.

For the time being, however, Kim has plenty of work to do in creating her projected 8-book Arthurian series, The Dragon’s Dove Chronicles, and other novels. She has been a published novelist since 1999, beginning with the original editions of Dawnflight (Sonnet Books, Simon & Schuster, ISBN 0671020412) and Liberty (writing as Kimberly Iverson, HQN Books, Harlequin, ISBN 0373771347).

To learn about Sir Robert Alain de Bellencombre, hero of Snow in July, and my unique challenges in writing about him, please visit the RLF Blog. (And help me earn "Top Blogger" points there, thanks! :) 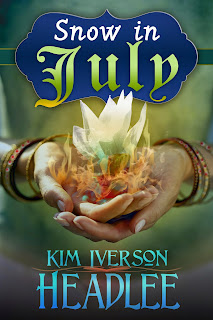 All this month, you are invited to...
— Follow Kim on Twitter
— Add Kim to Google+
— Subscribe to Kim's YouTube channel
— Leave a comment on any page of The Maze, especially if you have done the Twitter and/or YouTube follow
...and each action this month is good for one chance to win an ebook copy of Snow in July. Please enter often, and good luck!
Posted by Kim Iverson Headlee at 00:00