Finding the Muse and spotlight on Who Killed Blanche DuBois? by @C_E_Lawrence #cozymystery #BYNR

Today on The Maze, please join me in welcoming mystery author Carole Buggé, who shares her thoughts about muses!

Sheila English (don’t you love her name?) suggested to me that I write a blog about “finding my muse.”  Good idea, I thought – so I did what I always do when I set out to write:  I google.  An internet search of the word “Muse” brought 41,400,000 results in 0.18 seconds.  They included a rock band, a software company, a magazine, and a modeling agency (who knew?).  The definition given by Wickipedia is “in Greek mythology, poetry, and literature . . . the goddesses, spirits, or real persons who inspire the creation of literature and the arts.”

Not to belabor the point, I was pleased to note that all three Muses (later on there were nine or even ten, depending on which version you ascribe to) are female.  So a big shout out to the Greeks for giving women some credit – we got wisdom, beauty and poetry, and the men got war, drunkenness, and the underworld.  Sorry, guys.  To be fair, the muses were as capricious and cruel as any other Greek god – they blinded Thamyris for his hubris in challenging them to a contest.  Ouch.  Nice work, ladies.

Among other cool things, the muses were responsible for giving artists creative inspiration.  The other common meaning of that word, of course, is breath.  In ancient Greece people mostly wrote poetry and plays – but according to the Wickipedia article, “They have served as aids to an author of prose, too, sometimes represented as the true speaker, for whom an author is merely a mouthpiece.”

I like that. It takes some of the responsibility of creativity off my shoulders; after all, if I’m just a mouthpiece, then what the heck?  That explanation also comes very close to describing the feeling every writer has experienced from time to time when “in the zone” – the odd, disembodied sense of writing down what seems to originate elsewhere.  Now, I’m sure my ego is as big as any other author’s, so this isn’t fake humility.  Writing a novel isn’t exactly a walk through the park – it’s a dirty, messy business, full of trips and traps and dark nights of despair.  But on the good days – and sometimes even on the bad ones – there is something that happens, something I can’t fully explain.  It’s spooky and weird and maybe even otherworldly, but I’ve learned to trust it.  It is, exactly as the Wickipedia article describes it:  a feeling of being simply the channel, or mouthpiece, for something much larger.  It happens most often when I’m writing poetry (it’s true – I don’t just write about serial killers), but it also happens when I’m working on my thrillers.

It is as thought the ideas and stories are out there somewhere, and I’m just plucking them out of the air, as it were, to write them down.  Maybe this is what Jung was talking about when he came up with his notion of archetypes, and it might be what my New Age friends means when they speak of “channeling” spirits or past lives, or whatever.   Of course, I don’t buy into that stuff.  I believe in the scientific method, so until someone can prove Seth exists, I’ll continue to regard Shirley McLaine as a brilliant actress, but a bit of a wacko.  No offense, Shirley – you were amazing in Being There.  Best masturbation scene ever – you totally rock.

So I am stuck in the uncomfortable position of trying to describe something I can’t fully explain and don’t completely understand.  Well, there is the nature of the creative process right there, it seems to me.  As writers we are trying to use the most unreliable, earthbound and limited of tools – words – to create the ineffable, immortal and timeless – stories.

Because stories are forever. The Greeks knew that, and so did the Romans, and so did every culture who came after.  People seem to have a need to tell each other stories; it’s one of the things I love most about our species.  So we dance our tales, or sing them, or, god forbid, write them.  We’re forever in search of our Muse, but I have the feeling that she’s out there looking for us, too.  After, she needs a mouthpiece.  She may be eternal, ethereal, timeless, and all that good stuff, but we’re the ones stuck here on good old terra firma, so if she’s got something to say, she’d better look us up.  She can find me in the East Village, listening to public radio, drinking coffee from Porto Rico Imports, and trying to think of devious new ways a serial killer might operate.  So ladies, all nine or ten of you are welcome to drop on by anytime – I’ll keep the light on for you.


Thanks for sharing your musings about muses, Carole! 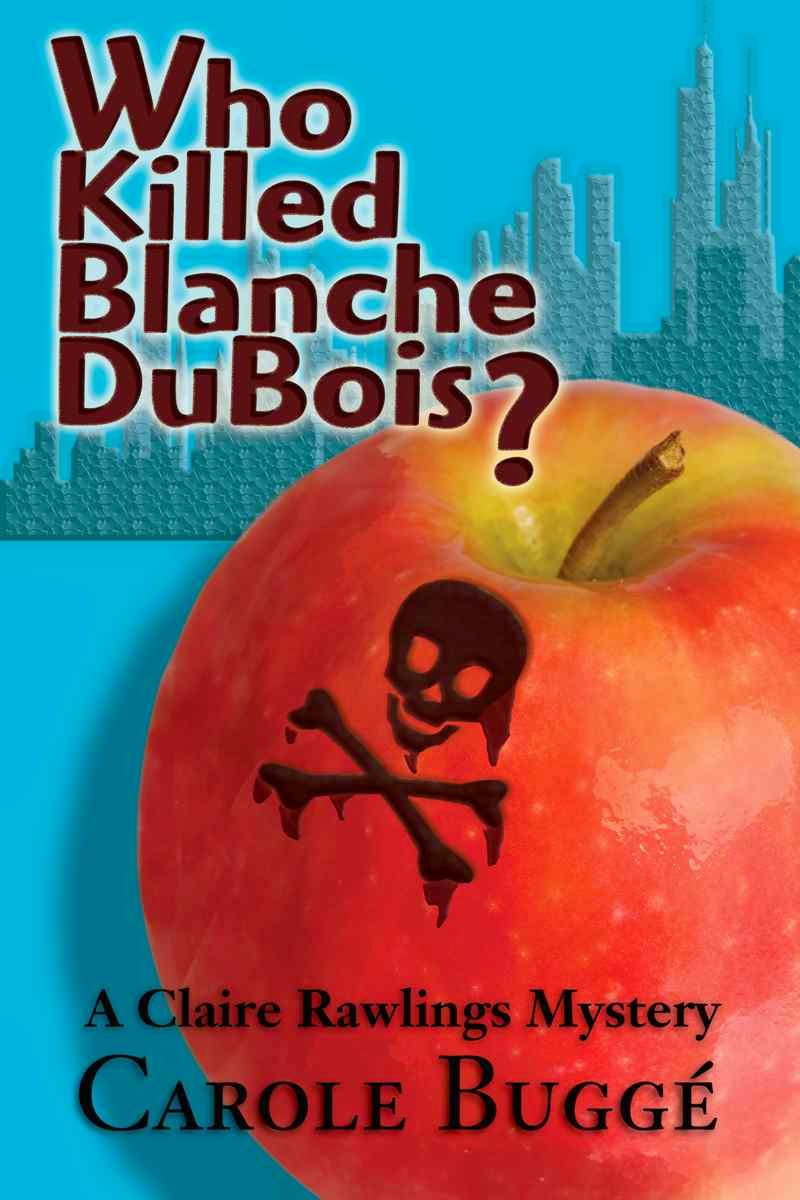 Carole is the author of, among many other works, Who Killed Blanche DuBois?, a cozy mystery that I'm pleased to spotlight on The Maze today.

Synopsis:
Editor Claire Rawlings is determined to learn who wrote her star author out of the Big Apple storyline--permanently, and she enlists the aid of her young friend Meredith in finding the culprit.

Author bio:
CAROLE BUGGÉ (C. E. LAWRENCE) has nine published novels, six novellas and a dozen or so short stories and poems.  Many of her works appear in translation internationally.  Winner of both the Euphoria Poetry Competition and the Eve of St. Agnes Poetry Award, she is a two time Pushcart Poetry Prize nominee and First Prize winner of the Maxim Mazumdar Playwriting Competition, the Chronogram Literary Fiction Prize, Jerry Jazz Musician Short Fiction Award, and the Jean Paiva Memorial Fiction Award.  She was a finalist in the McClaren, MSU and Henrico Playwriting Competitions, and was nominated for a New York Innovative Theatre Award.

Her plays and musicals have been presented in New York City at The Players Club, Manhattan Punchline, Pulse Theatre, The Van Dam Street Playhouse, Love Creek, Playwrights Horizons, HERE, the Episcopal Actors’ Guild, the Jan Hus Theatre, Lakota Theatre, The Open Book, The 78th Street Theatre, Genesius Guild, the 14th Street Y, and Shotgun Productions, as well as internationally, including the Alleyway Theatre, the Fairfield Theatre, The Bay Street Theatre, Actors and Writers, and the Byrdcliffe Theatre.  She was sponsored by The Paper Mill Playhouse for a TCG Playwriting Award two years in a row, and was a Playwriting Fellowship finalist at Manhattan Theatre Club. 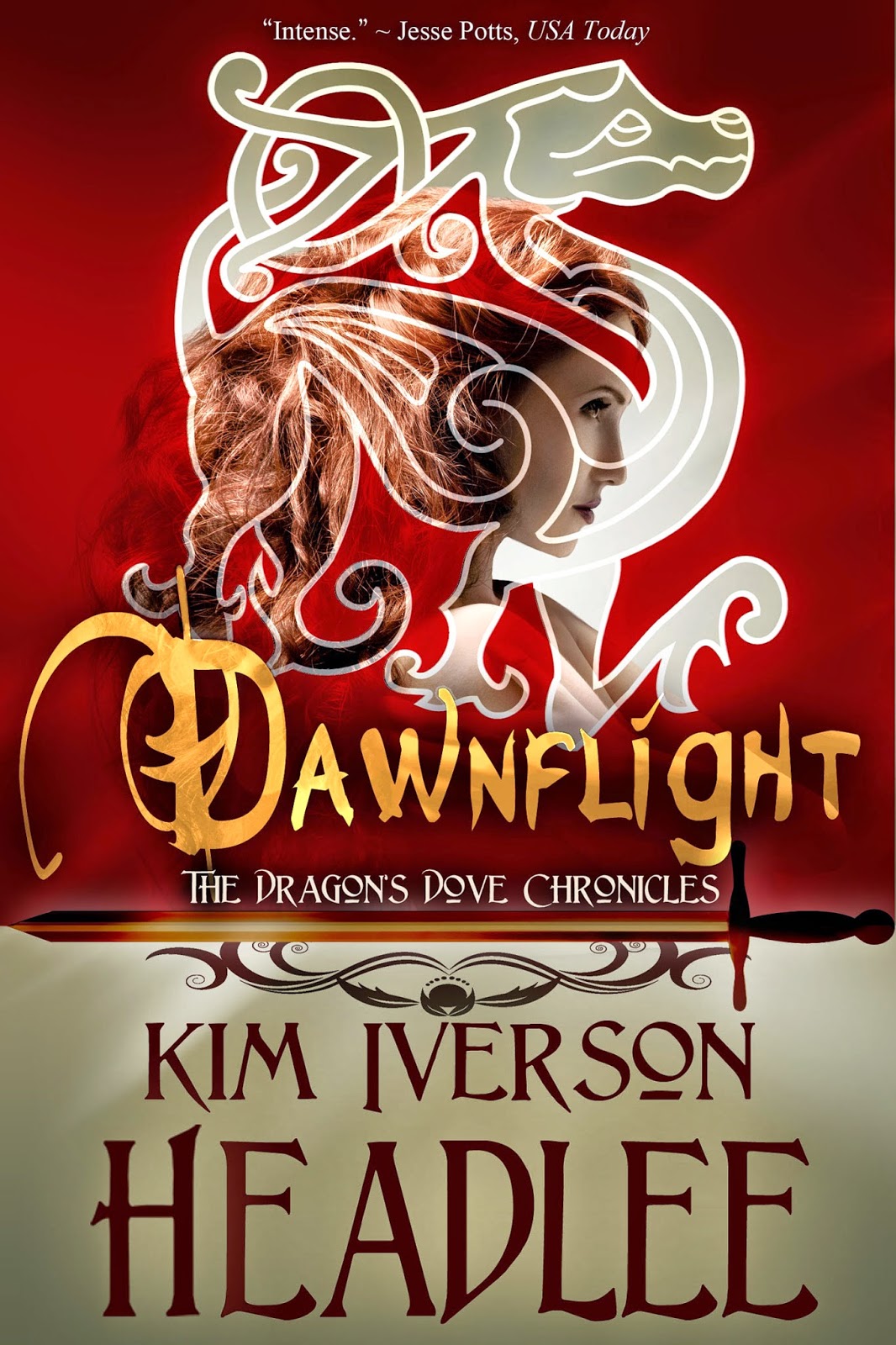